Navigating the seas to Russia

Want to visit Russia? It may not be the easiest place to go, but with a little planning the opportunities are limitless. 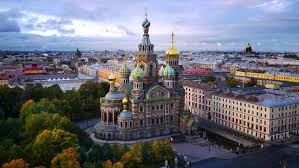 The next stop on the itinerary is St. Petersburg, Russia. Growing up during the Cold War, Russia has always been on my must-visit list. Traveling to Russia can be a challenge. There are hurdles in place that one must overcome in order to enter the country for those coming from the United States, there are two basic options.

The first is to obtain a visa.
Entry Visas: To enter Russia for any purpose, a U.S. citizen must possess a valid U.S. passport and a bona fide visa issued by a Russian Embassy or Consulate. It is impossible to obtain an entry visa upon arrival, so travelers must apply for their visas well in advance.

The second available option is through a tour company if you are on a cruise ship.
Cruise ship passengers can currently visit Russia on visa-waiver scheme provided the stop in the port of call doesn't exceed 72 hours and tourists stay overnight on board the cruise ship. Cruise passengers may disembark from the ship without a tourist visa if they participate on tours organized by cruise companies.

The steps to obtaining a via in Russia can be quite lengthy and require a trip to either San Francisco or Washington D.C. The costs is approximately $300USD give or take a bit depending on whether you are wanting to expedite the process or if you have the patience to let the process run its own course.

Our original plan was to get a Russian visa and experience the country on our own; however after weighing the pros and cons of the overall process, we decided to go the route of the organized tour. While the cruise ship always offers shore excursions, the inflated prices and the cattle car experience that is often provided on these tours is not for me.

Looking at other options there are 2 major companies that many past visitors have reviewed and numerous smaller companies that offer similar 1, 2, and 3 day tours in St. Petersburg. Looking at the two major companies, SPB tours is one option and Alla Tours is the other. Both offer similar tours with the groups being maxed out at 16 people, still too big for my taste. So we reached out to both requesting a private tour for six people for two days with a one day trip to Moscow with a group of 16 people in between the two private days.

Alla Tours was by far and beyond the better of the two companies when it came to response, personalized customer service and overall pricing. Because of the high level of service, we decided to go with Alla. Here is a look at what we will be seeing. 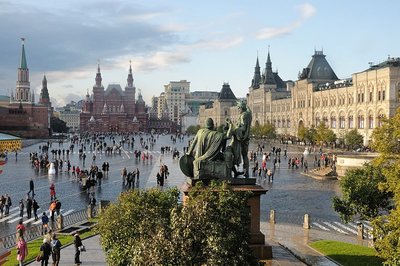 Choosing to go to Moscow was a no-brainer for us. The opportunity to see the city that plays such a prominent role in history is one that we just couldn’t miss. One drawback is that the Kremlin is closed on Thursday’s, however a trip to the Tretyakov gallery will help make up for not being able to enter the storied Kremlin.

The great thing about taking a private tour with Alla in St. Petersburg is that we can adjust our schedule as we desire, If we see something we want to go to or would like some more time at a particular attraction, we have that ability.

Have you been to St. Petersburg? Let us know the destinations you loved and any stops we should avoid. We want to hear from you share your comments with us below.

Make it count. What's in an itinerary?

When it comes to your time, you only have so much. Time to make the most of it.

As people who pack the most into their travels, our travel personality is unique to us. Your ravel personality should be unique to you as well. While some people are looking for a chance to unwind and relax with a cocktail on the beach, others may want to spend hours on end in a museum. For us, we like to get in with the locals, see the sights and get a good taste of what a region’s culture really is.

Many cruise ships do not allow for this kind of activity as they have private islands, special resorts or hotels and trains booked for their passengers and require tendering into port as the ship is too large to dock at a pier. Tendering involves being ferried from your cruise ship to the dock on a smaller boat further reducing your time in port.

For this trip there will be two other couples traveling with us including our parents who will be celebrating their 50th wedding anniversary on the trip. With many variables coming into play, the decision was narrowed down to a European cruise. Would we want a river cruise or a sea cruise? River cruises typically allow for less time in port and that is not something that any of us wanted. So, we were able to narrow it down to either a Mediterranean cruise or a Baltic cruise. There are several other options available, but based on where we had already been, these two options seemed closest to what we were wanting.

Our final decision was to go with the Baltic Capitals cruise with Celebrity because it involved a port intensive itinerary that allowed for multiple days in some of the top cities on the cruise.

Here is a look at the Baltic Capitals itinerary. 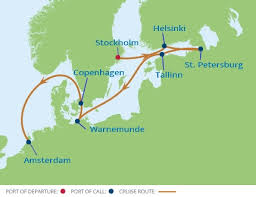 With overnight stays in Stockholm, St. Petersburg and Copenhagen, amount of time in with the locals is maximized, while the travel is taken care of at night while enjoying the comfort of a 4-star hotel. Further, each of these ports is large enough that tendering is not required and only in Russia are we required to take a tour. We’ll get to that a little bit later in this series.

When it came time to book the cruise, there were several possible companies that once we began talking to, each offered to sweeten the pot with more extras to have us purchase the trip through them. One word of advice, never settle for just one quote, much like buying a car, take your time, be informed and shop around for several rates and offers. Once you narrow it down to the top three vendors, let them know and request their best and final offer. Make sure that you are able to add more perks on if they become available later through the cruise line. 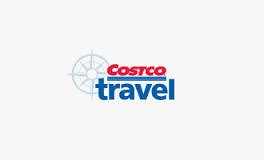 Coming up, we’ll talk about the ports that we’ll be visiting, the ship we'll be on and offer some tips for preparing for a port intensive cruise.

By land, air or sea, the personality matters. What to look for on each line and choosing the right one.

When an opportunity to travel arises, there is no good reason not to. That is the motto we have adopted and based on that statement, when asked if we wanted to go on a Baltic cruise, it did not take long to make the decision, let's hold off on the trip to Thailand and Vietnam and visit the land of the midnight sun. 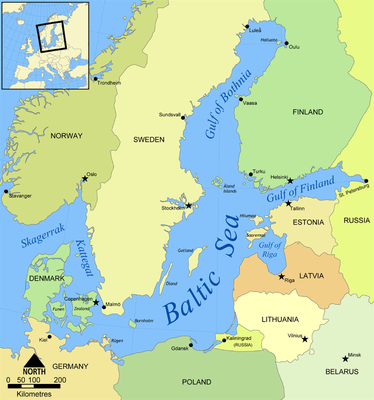 Although we are not really cruisers, the planning for the journey has been enlightening and we have discovered a number of things about cruising that differ from a normal travel plan. During the next couple of posts we'll introduce you to the itenerary, talk about some of the tips and tricks we have learned from our research and finally include some highlights from the trip while we are travelling.

First off we had to decid on the boat. While many companies offer Baltic cruises, each cruise line has its own personality. Unlike a regular trip, where you are going to be staying at Hotels, AirBnB's or a variety of accomodations, on a cruise, the dhip is your base for quarters, food, and some entertainment. Based on this, it's important to decide what typ of trip you want. Typically the ships are as follows:

Upmarket
Celebrity Cruises - Sails the world - Asia, Europe, the Americas, and beyond. Attracts couples, with and without their children. Ships carry on average about 2,000 passengers, though its Xpedition ship in the Galapagos Islands accommodates only 92.

Holland America Line - The onboard atmosphere is more traditional, less contemporary than most other cruise lines. Cultured clientele. Food and service are refined and exemplary. Worldwide destinations. One trip circumnavigates the planet, visiting 38 ports in 26 countries (prices start in the neighborhood of $20,000 per person).

Mid-Priced
Carnival Cruise Line - Ships are large (up to several thousand passengers). They sail to North American and Mediterranean ports. Carnival Cruise Lines is widely popular and has a party-boat reputation. It's the most glitzy Vegas-like cruise line afloat and is fun for the right audience. Appeals mostly to mid-income couples, singles and families.

Costa Cruise Line - This Italian line sails the world with a strong Mediterranean-itinerary presence. Costa operates over a dozen big ships. Most passengers are European. The line appeals to mid-income families and young adults. It is part of the Carnival family of cruise lines.

Disney Cruise Line - Pleasing kids is the obvious priority, but there are onboard facilities and activities designed for the parents. You can book a seven-day land-and-sea vacation package. Your family spends half the time enjoying Walt Disney World in Orlando, the other half on the Disney Magic or Disney Wonder ship cruising to the Bahamas.

MSC Cruise Line - It's an Italian line with over 10 big ships. It focuses on European (especially Mediterranean) destinations, but also sails to ports in the Americas. Passengers are mainly middle income European families and young adults.

Norwegian Cruise Line - This large cruise line sails worldwide. One ship, the Pride of America, has a Hawaiian themed cruise with shore excursions to various Hawaiian Islands. Norwegian Cruise Line innovated the "freestyle dining" concept (you have the option of dining in different onboard restaurants).

Princess Cruises - Global itineraries. Caribbean and Mexican west coast cruises are popular. Princess Cruises has a dozen cruise ships (mostly quite large) and an imaginary one (the "Love Boat" of TV fame). Its overall quality level is the highest in the "$$ Mid-market" category.

As you can see, each cruiseline has a distinct personality that will certainly the makeup of the passengers onboard. Ifyou are looking for a party on the seas, you go with Carnival, if you are looking for a kids focused cruise, go with Disney. Wit the type of travelers we are, we were looking for a port intensive cruise that would allow for plenty of time to get in the the locals and not be shipbound or herded around with large groups of other tourists.

Based on the personality of the various line, we chose to cruise with Celebrity on their Baltic Capital Cruise. In the next few blogs will continue with more on Celebrity and their itenerary.