Suddenly we look up and the calendar says its the middle of June. Oh my, where has time gone? As we finish the preparations for our European journey, it is time to make the final reservations on airbnb, check all of our needs, and start pulling the traveling pack together. 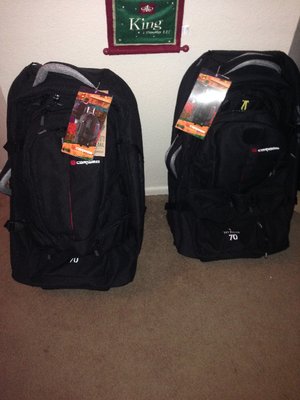 Yes, we have the hybrid Caribee Skymaster 70. The exact pack, filled with 30+ lbs., that we have been walking about two miles a day with to prepare for the upcoming adventure. As we talked about before, the pack offers the best of both worlds with a combination backpack and rolling bag. Sure, we most likely will not be having to carry it on our back for 2 miles, but taking a line from the Boy Scouts, we are going to "be prepared."

Along with the whole travel planning that has been going on since last year, plans for some special happenings on this trip have been in the works as well. Celebrating ten years of marriage, Terri and I have a couples massage booked in the Hungarian baths, a dinner on-top of the tower in Vienna, and a night on a private boat in Croatia. Part of the fun of this adventure has been finding some things to do that would not be on our regular list of activities here at home.

We also have several cathedrals on the list. For anyone going to Europe and wanting to let the imagination soar ahead of time, I highly recommend reading Pillars of the Earth, by Ken Follett.

The book shares some of the design elements used to build these magnificent structures, with a thrilling storyline that will capture the mind of the reader. 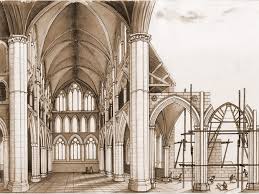 Many more thrilling items fill our agenda, as well as plenty of time to explore areas and get to know the locals as well. How's that packing coming you ask? Well the bags are full and we are under our 44lbs. limit. Have we forgot anything, hopefully not, thanks to the travellerspoint.com packing list. Yes, it is extensive, but it is good.

We have been months in the planning stages and now the trip is upon us, we look forward to sharing our journey with you over the next couple of weeks. Keep watching here for our story and pictures and we will try to update it regularly. Please leave us your feedback and comments, we want to hear from you!

Signing off until we hop on board that plane,

Training for the Train: A Eurail Primer

Your Eurail pass gives you access to most of Europe's trains, but it's good to know that some trains need to be reserved in advance. A reservation is a guaranteed seat on a specific train.

We are now less than 75 days from departure on our trek through the Central/Eastern Europe. Our Eurail passes have arrived and now we are making seat reservations for the night trains that we will be traveling on. For the most part we will be using Couchette's and Seats. Our pass provides 1st class seating which really just means there is a bit more legroom. 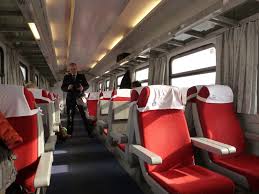 As for figuring out which trips need to have reservations made? While here is one of the best resources that I have found along with seat61.com.

So, there you have it, we are still prepping the travel and have a good number of activities on our wishlist. Stay tuned and we will keep you updated.

There comes a time when it gets real, that time has now arrived.

There is a knot in the stomach, palms are sweaty, it is hard to concentrate and wonderment surrounds. That is the experience that surrounds the moment of no return, that moment when dreams become reality, when there can be no turning back. That is the moment when you actually purchase your airline tickets for the journey.

Deciding to fly into Warsaw, Poland may have been the easiest part of the decision. What proved to be much more difficult was determining when and where to buy the tickets for our trip. You may wonder why Poland was an easy decision? When we first started discussing a trip to Eastern Europe (Yes, I know it is actually Central Europe, but as an 80's youth, when communism and the cold-war still existed, it was Eastern Europe to millions of Americans, myself included), we looked at tickets to Hungry, Croatia, Czech Republic, and some of the larger Western European countries. The average RT flight from Los Angeles (LAX), California, to the destination cities that I looked at were $1,500USD for airfare in June 2014. However, as we continued looking at the map we decided to check Poland for flights, sure enough $987USD.

Once we discovered the difference in prices, the decision was made. We will fly into Poland and travel via train from there. The whole process seems easy enough, where does the previously mentioned angst come from you ask? Let me tell you, curses on that little "roaming gnome," I mean really does anybody know what he does for Travelocity? Or Hotwire, Kayak, WebJet, Orbitz, Expedia, Priceline, these companies quickly became a thorn in my side.

All of the companies have handy fare alerts that will tell you when the prices are going up or down, and it is as bad as watching the stock market rise and fall hourly. Really, how often can the airfare rise and fall during a single day? And Orbitz, well, they have all these great fares, but a "this fare is no longer available comes up on all of their lowest flights," what's that all about?

Information abounds about where to get you tickets and when to buy them. We researched and continued to watch the numbers rise, rise some more, and fall a bit. Again, they fluctuate, day-in and day-out. Eventually, you have to take that step and we did. Finding a $1000USD fare among the prices of several others that had now risen to $1100+, it was time to jump.

Yes, I hit that purchase now button and won't be looking back. We will be traveling on Lufthansa from LAX to WAW. That's right it is now official Eastern Europe 2014 is no longer a dream but a reality for Terri and I! 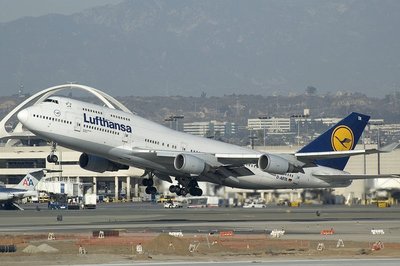 The stress of choosing a flight is gone, now it is time to plan some activities!

The research for our trip has begun, as well as the first reservations on where to stay and how we are going to travel. We always begin with a bang and try to have our trips paid off before we go with only the daily activities needing to be paid for upon arrival. The internet has become a travelers best friend and I love the hours of research that become part of my travels.

Living in San Diego, we have decided to fly Los Angeles to Warsaw, Poland as the air travel will be under $1000USD per person as opposed to $1200-1400USD flying into Hungary or Croatia. As a result of the addition of Poland to our trip, we have decided on 21days for this excursion. Look to our last post to see more and also below.

You can follow along with the planning and trip, and many holidays leading up to this event on YouTube at http://www.youtube.com/MrDarrenesl/ where I will post videos of what is going on and the thought process leading up to the trip. For now, as always, we look forward to your thoughts and ideas on how to make this trip a success!

Transportation and Accommodations that make sense.

When it comes to booking accommodations there are a few factors we always like to consider when making our choices. To make it easier I utilize a couple of online tools, first off the industry standard, Trip Advisor, the other online reservation system I use for information is hotels.com. By doing the research, we try to find accommodations that suit our needs the best. One other important place I check is bedbugregistry.com to make sure that the rooms are going to be free of critters.

However I am now planning an Central European (Eastern Europe as most Americans would call it) excursion for my wife and I next year. Having lived in Japan and traveled Asia and Europe, I am ready. My wife luckily for me is ready to try the rails and hostels out. We will keep you posted as of now our itinerary is looking like:
1. Warsaw
2. Krakow
3. Budapest
4. Zagreb
5. Split/Dubrovnik
6. Vienna
7. Prague
8. Warsaw

We'll provide more details as we continue planning in the meantime, feel free to comment or share places of interest. Looking forward to hearing from all.