Arrival leaves us full of expectations.

Vienna, the city that for years has been known as the gateway to Eastern Europe, has also been a tourist destination for those travelling the Bavaria route through Europe and also as the Western most stop for those travelling through the East. It was on the itenerary as part of our journey, as a place I had been before, and also a place that many people had shared with Terri, and she wanted to see. 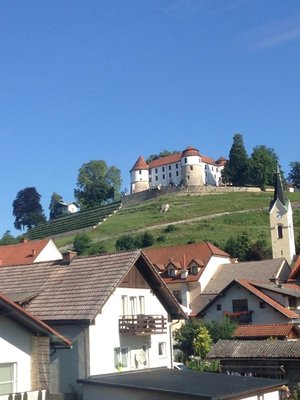 Our trip from Zagreb to Vienna provided us with beautiful scenery through Slovenia and over the mountains before entering the flatlands of Wein. It was the 4th of July when we arrived and there were no fireworks, no bar-b-ques but plenty of hot dogs were available, or perhaps we should say wursts were available. 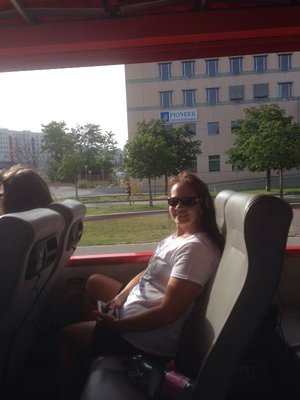 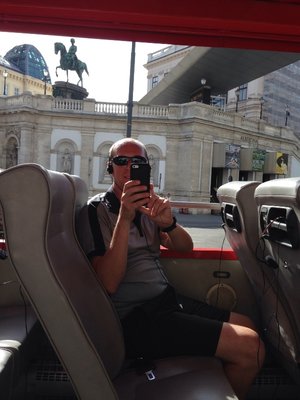 After a quick check-in at our hotel, we were off to take a tour to get our bearings. We chose the Red City Bus based on our guidebook by Rick Steves. It is no wonder he can travel as much as he does seeing all the people with his book, app, etc. In their hands while we were in Vienna. The tour took us around the Ringstrasse showing us all the major sights that we would want to visit later, while also taking us outside of the center to show us the large park, the Danube, and international center.

After the tour we walked more of the city center and proceeded to look for a traditional Viennese dinner. We found a place off the beaten path that provided us with that. After starting with appetizers, Terri had the traditional Weiner Schnitzel of Veal while I chose the Ox Cheek dish. Both of us were filled beyond belief. 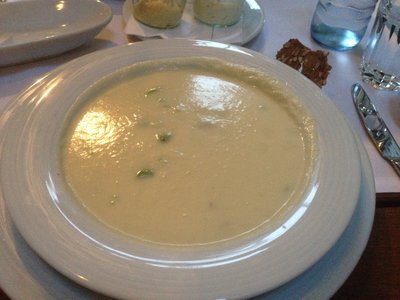 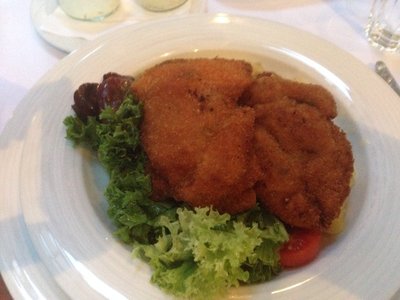 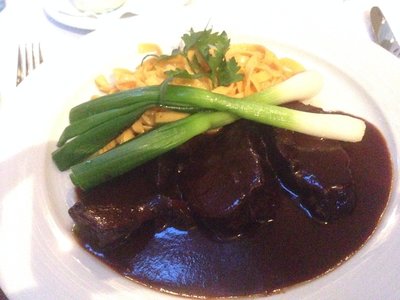 Deciding we needed to walk off some calories, we decided to walk the Ringstrasse at night in order to see the buildings all lit up in their glory. With cameras at the ready we began our walk. We passed the University, Parliment, the Hofburg Palace, and several other gorgeous sights. We stumbled upon an outdoor film festival and several World Cup parties. The streets were filled with cafes and bars where fans were cheering on their favorite country. 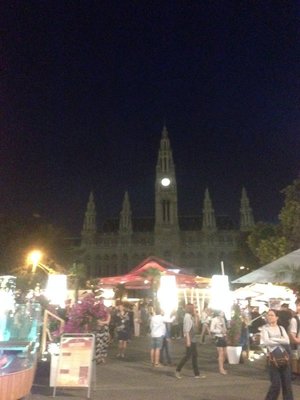 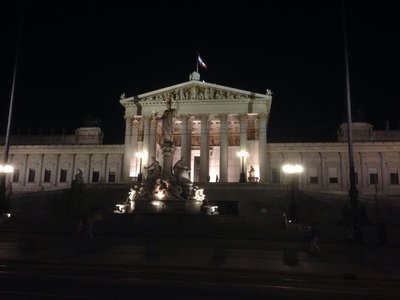 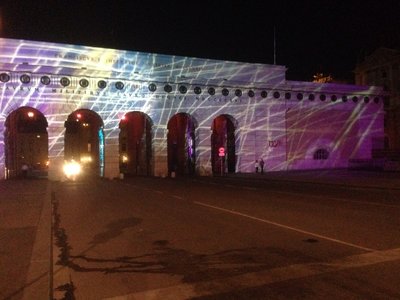 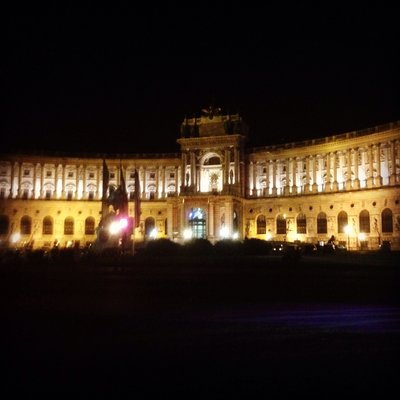 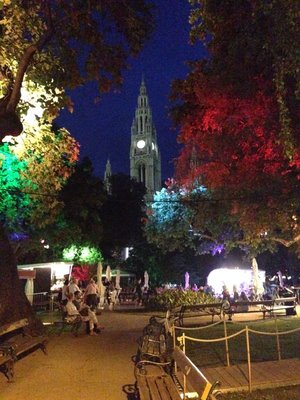 As midnight approached, we came upon a fountain that provided our 4th of July fireworks. The colors turned all the shades of a rainbow. We couldn't help but making our way to the fountain and enjoying the mist while taking in the vibrance of the scene. 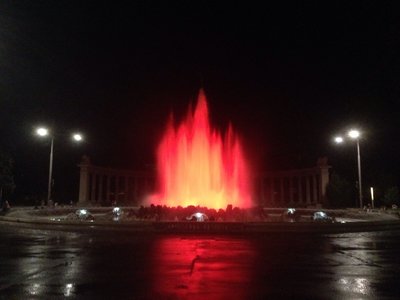 As we finished our night walk of the Ringstrasse, we eagerly awaited what Vienna would have to offer next.