Hustle and Bustle of the City

Pace of life in Zagreb, places you in the urban lifestyle quickly, 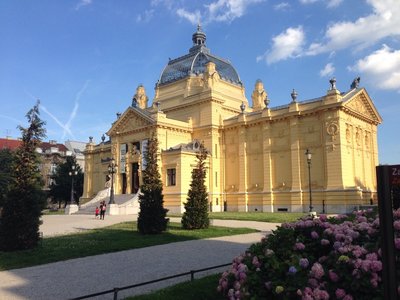 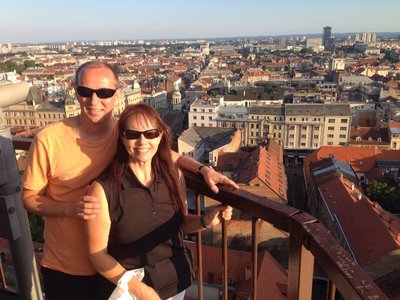 Our time back in Zagreb was going to be short, but when travelling choices have to be made and we were happy to have chosen Plitvice Lakes as a stop. Zagreb proved to be a needed laundry stop and upon arrival we inquired as to where we could find a coin-op. After being mistakenly directed to three different dry cleaners we asked at Art Hostel were one was and discovered they were almost non-exisistent in the city.

Success was achieved and while we were there, we met the owner of the only coin-op laundry business in the capital city of Zagreb. The place had only been open 8 months and he was proud to show me his American-made "Speed Queen" washers and dryers.

After cleaning up the laundry, we were off to old town, where we saw several sights including "Burgalar's Wall." It was here we climbed to the top of the city watch tower and were treated with great city views. After seeing many sights, we went down to the main square "Jelacic Square." Hailed as the "Times Square" of Zagreb, the people watching opportunities here provide you with a sense of vibrance and buzz. 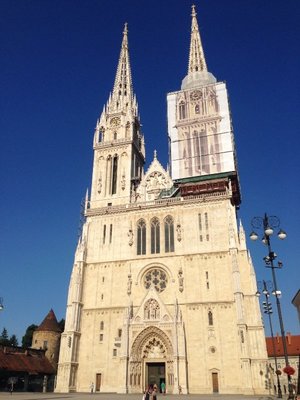 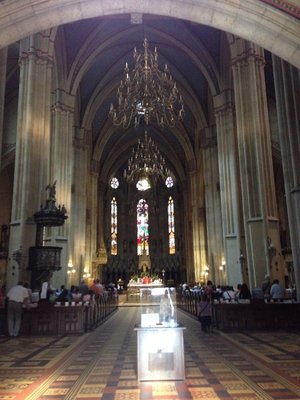 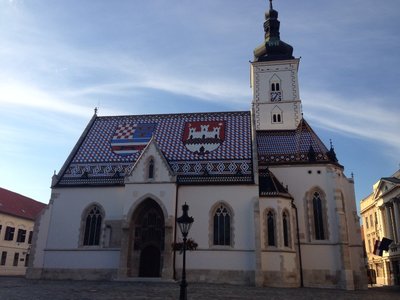 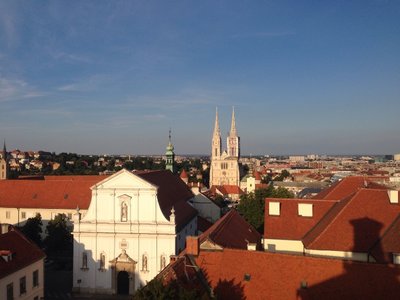 Just off the square is one of Zagreb's secrets. Vinodol, a restaruant that is off the main square, but provides great Croatian dishes including "Peka-style" in a pot covered with hot coals. Here we indulged in local meats, Terri having a Beef Filet with a wonderful gorgonzola sauce, and myself loving the veal stuffed with mushrooms and gorgonzola, and topped with gorgonola. Yes, I'll need a cholesterol check when I get home. 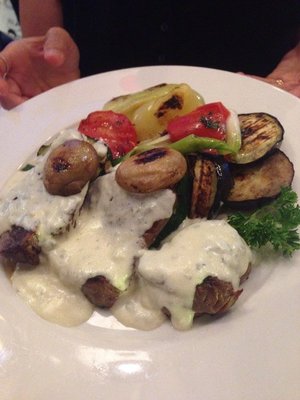 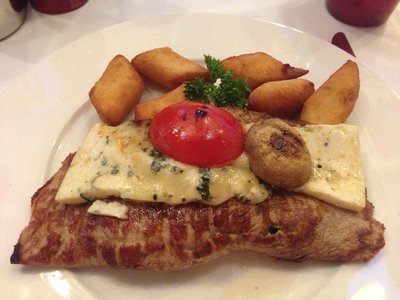 To finish the night off we had a Crem Pita at the suggestion of a friend, thus ending our short day in Zagreb

Posted by darrenesl 10:15 Archived in Croatia