A day of rest, relaxation, and politics, followed by music and travel. 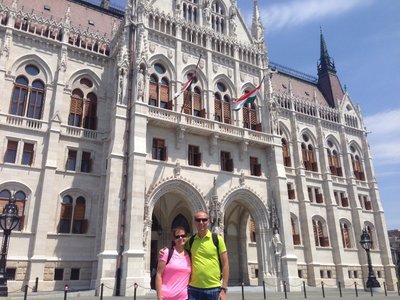 Our day began with a metro ride to the Parlament. The building is huge with every inch full of detail. There are guards at all the entrences. We walked around the entire building before heading to the Shoes on the Danube. After visiting Aushwitz, it gave us a more moving experience seeing the brass shoes ~ Jews were shot along the banks of the Danube and their bodies were pushed into the river with some of the shoes being left behind. 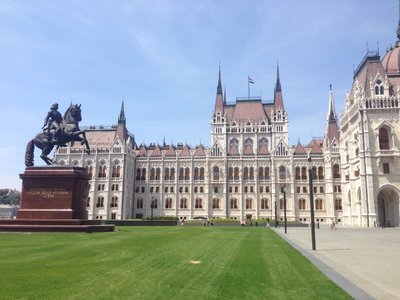 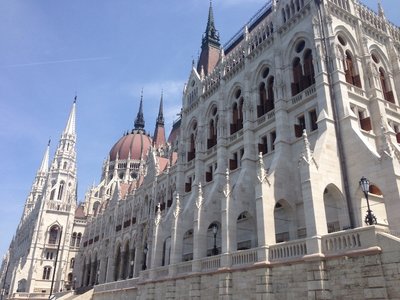 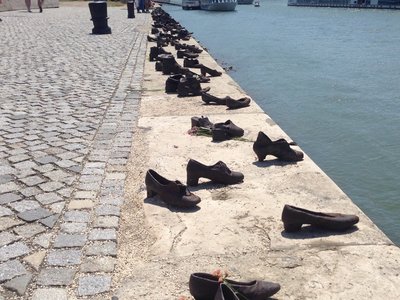 After getting in our steps, we moved on to the warm mineral baths at Szechenyi. We indulgd in some wonderful soaks in some beautiful spas, pools, and saunas. We began in an outdoor pool with water temp in the high 80s. Just drifting around the pool letting our bodies relax. This was followed by an hour-long couples massage. The hungarians kneaded and beat us like bread dough. Then we moved on to some mineral spas and of course a dip in the ice cold waters to make sure we got the entire experience. This was a much needed day of rest. 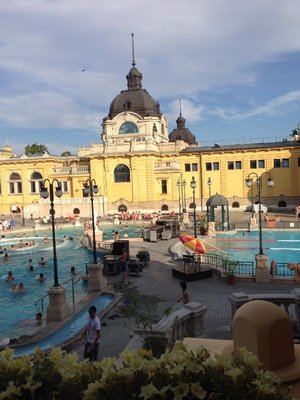 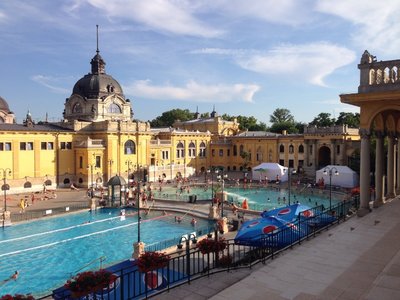 After 5 hours of bathing, we headed to see the City Park and Hero's Square. People of all ages playing table tennis,, chess, and numerous other games and sports filled the area. It was a great way to finish the evening. We ended our day with dinner on Vaci Utica, a walk around town with plenty of shopping, and then a fish foot massage. We recommend this to everyone. Your feet will be softer than you could ever imagine. 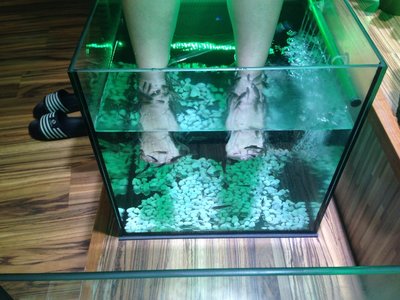 Waking early on Sunday we were off to the Budapest Opera before heading to the train station for a 15 hour journey to Split, Croatia via Zagreb. 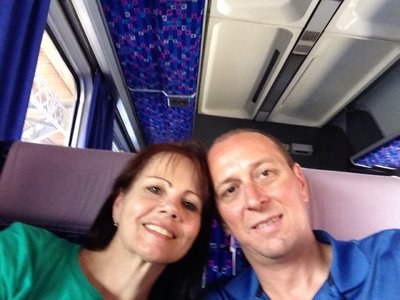 It should have been a shorter trip, but the train tracks were under repair and we had to be shuttled to a bus for a portion of the journey. What was supposed to be a two hour window became a twenty minute rush to make our next train. We made it and on the first train made friends with several other travellers who were packed in with us. We learned all about Iran and the fellings toward the US and their nuculear capabilities from a kind Iranian who wanted to chat.

Finally we were on our night train and tucked in bed late Sunday night and headed to Split. 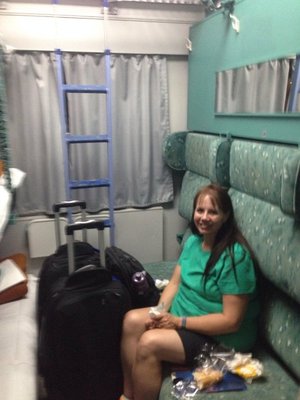