Budapest begins on a river and life is good. 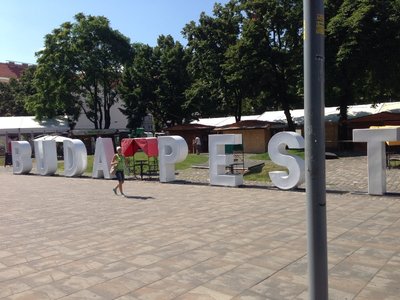 Arrival in Budapest after a night train trip from Krakow was welcomed. The train provided us great accomodations while including travel and breakfast. We were ready for the change and upon arrival found lockers to store our luggage as we could not arrive at our BnB before 2:30 p.m. and arrival was at 8:30 a.m. Friday.

After changing a little US currency to Florints, we found the lockers after being accosted several times by the station lurkers wanting us to buy currency from them at a better rate. From here it was time to head into the city proper and do some exploring.

Once again we purchased the 24 hour pass for all forms of transport throughout Budapest and set out towards Buda and the Royal Castle. As we got close to the Chain Bridge, we were amazed with all the detail and the beauty of the Danube. We could have spent hours at the beginning just taking in the views. The walk across the bridge was lovely, providing sweeping views up and down the river that divides Buda and Pest. 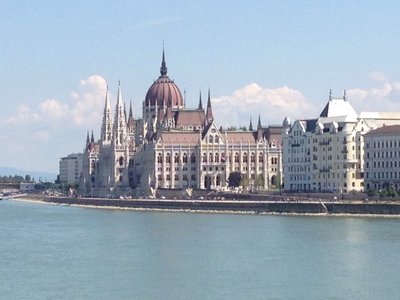 Once across, we rode the furnicular to the top. From here we were surrounded by the rebuilt castle that overlooks the city. The views up there were a must see. Wondering the grounds we were greeted by many statues, fountains, and gardens. We wandered up the path to a lovely cafe where lunch was served to sweeping views of the castle, the Danube, and Matthias Church. 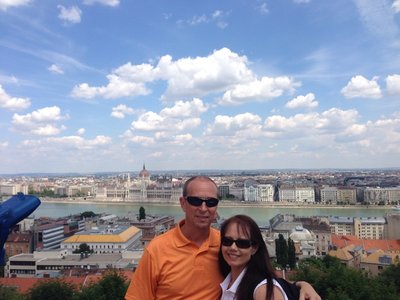 After lunch we continued up the street to the church and Fisherman's Landing. After touring the sites, we headed back to town to find our flat. We arrived at the flat, where we were given keys and a quick tour of the place. Unfortuanately we discovered the WiFi was down, and the flat only had a washer, no dryer, but other than that it truly was a mini-flat as advertised. We took showers and headed back out for our evening dinner cruise on the Danube. 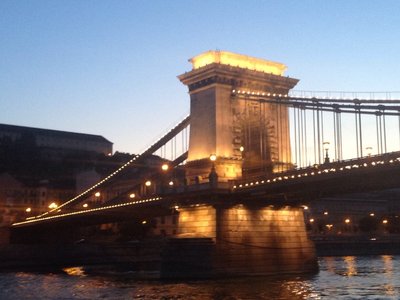 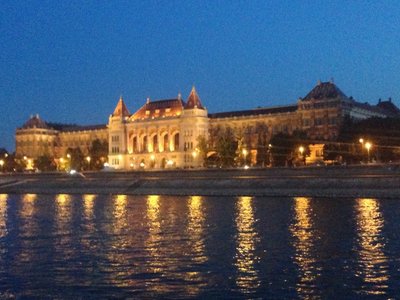 Next up was our evening of dinner and dancing on the Danube. The dinner cruise was well worth the money. We dined on traditional Hungarian cuisine with Goulash, cold fruit soup, assorted cheese, meats, breads, entrees, dumplings, and much more. The sights as we cruised the river became more and more impressive as the sun began to set. Lights illuminating the buildings along the river provided an impressive backdrop for dinner and dancing. 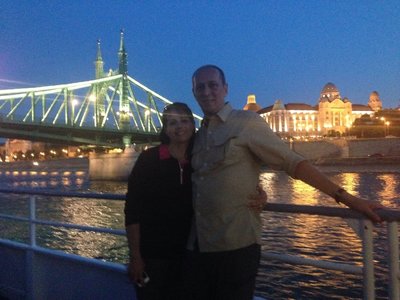 As the night wound to a close we returned to our flat for much needed rest.