A capital city of the past

A glimpse at Krakow's past and a look at today.

Spending the remainder of our day exploring Krakow was the plan for Tuesday and we hit the city shortly after checking in at Atlantis. We began our journey by walking to the Old Town and Main Market Square, areas filled with vibrance and colors. The Square is just a small portion of the Old Town that houses numerous cafes, market stalls, and plenty of dive bombing pigeons to keep you on your toes. A small price to pay for the sites and sounds that fill the senses. 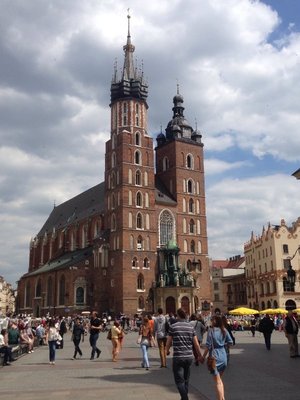 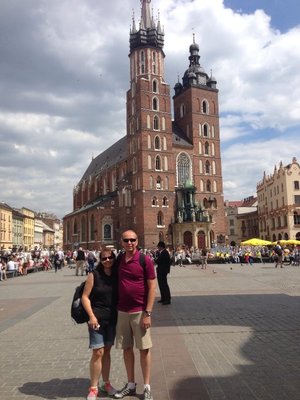 After a quick lunch just off the square at Chimera, a small cafe that provides traditional dumplings as well as an assortment of locally sourced fresh salads, we were ready to conquer the sites. The contrast between the city and Old Town is not as drastic in Krakow as it is in Warsaw. Krakow has a much older look over all and the character of the city is evident in many areas. It is said that Krakow was Hitler's favorite city in Poland and thus had the least damage during World War II. 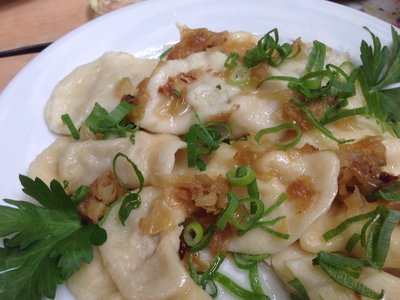 The area was crowded with school children celebrating the last week of school with field trips, tourist, and locals enjoying the afternoon. Among the attractions are numerous churches, a cloth market that now sells trinkets and amber jewels, and buskers vying for tourist' coins.

After several hours in the Old Town, we crossed over to the Jewish quarter and made our way to the "lovers bridge." The bridge is filled with locks that couples have placed on the bridge and thown away the key into the river below in a testament of their neverending love. The bridge was featured in a challenge on the Amazing Race recently and the detail of the locks, many engraved with couples names and dates provides plenty to see and ponder the fate of these couples today. 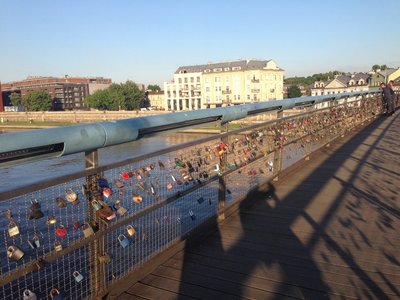 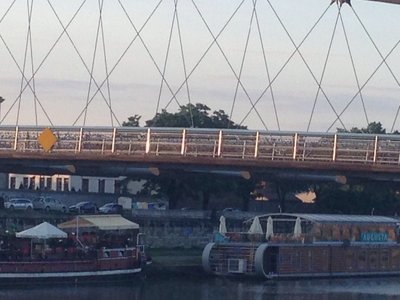 After a dinner in the Jewish quarter it was time to head back to the hostel in preparation for a huge day on Wednesday with trips planned to Auschwitz and the Salt Mine in Wieliczka.

Posted by darrenesl 00:04 Archived in Poland